Hendrix in the West - Jimi Hendrix 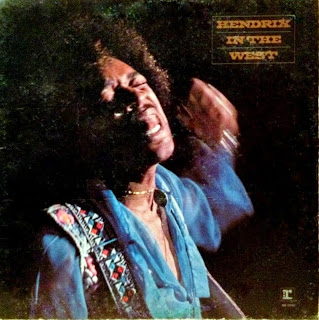 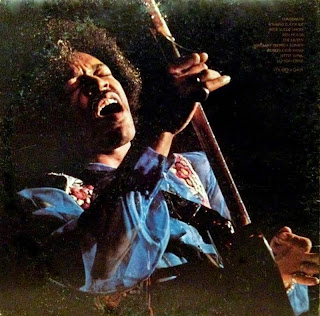 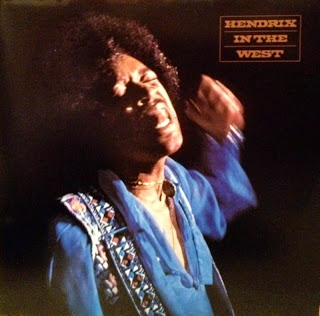 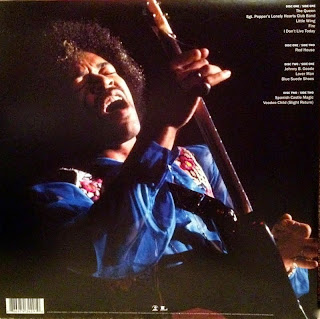 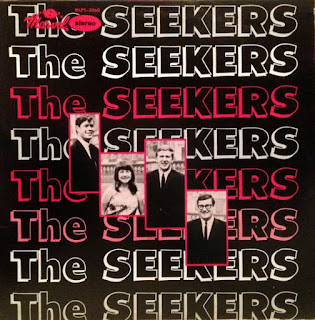 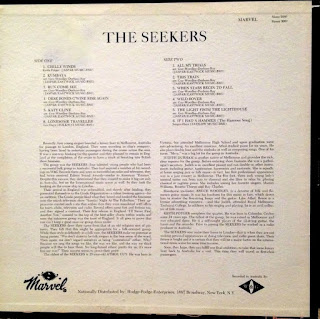 This is the American version of the Seekers' Australian debut album originally released in 1963 as "Introducing the Seekers" on W & G records.  It has different artwork and a different running order than the original album, but is otherwise identical.  As I mentioned in my post on "A World of Our Own" I've been a fan of this group since childhood, but if this had been my introduction to the group I might not have become a fan.  It is easily their weakest album and probably was only released here to capitalize on the chart success of "I'll Never Find Another You" which is mentioned in the liner notes.  Most of the songs on the record will be familiar to anyone who is a fan of the folk revival of the 1950s and early 1960s.  The group was obviously influenced by the Weavers and much of the album comes from their repertoire.  All but three of the songs are traditional songs with arrangements credited to band members Judith Durham, Athol Guy and Bruce Woodley as well as Ken Ray.  Ray had been the original lead singer for the group, but had left the band and been replaced by Durham.  I suspect that Ray had little involvement with this album, but rather was being listed in place of the fourth Seeker, Keith Potger whose day job as a radio producer with the Australian Broadcasting Commission forbade him from being involved with outside commercial projects.  Most of these traditional songs are of a spiritual or gospel nature which is not a particular favorite of mine nor do I think it really suits the band.  I don't like any version of "Kumbaya" and despite a stirring vocal from Durham "All My Trials" bores me.  I find the repetition of "Dese Bones G'wine Rise Again" to be tedious and the minstrel-style dialect they employ near the end of the song is embarrassing if not offensive.  They fare a little better with "This Train" and "The Light From the Lighthouse" which are more dynamic although the pretty vocals aren't all that convincing.  The only religious track that I really like is "When Stars Begin To Fall."  The ebullience of Durham's lead vocal and the group's vocal support make this uplifting song work for me.  It is one of my favorite cuts on the album.  I like the three secular traditional songs for the most part.  The Irish drinking song "Wild Rover" is overly familiar and the Seeker's version is competent but not particularly interesting although the vocal interplay in the chorus is engaging.  "Run Come See" is a ballad from the Bahamas about a shipwreck in 1929.  It is a folk song, but not a traditional one, various artists have claimed authorship of the song, but the album lists it without a songwriting credit.  I assume that the Seekers learned it from the Weavers' version of the song.  It is a catchy song but the performance though pleasant is a little stiff.  "Katy Cline" is an old-timey bluegrass song given a robust banjo-driven performance by the group with country-inflected vocals that are surprisingly credible.  It is another one of my favorite cuts on the album.  The album also contains three contemporary compositions.  Two come from the Weavers.  Their performance of Lee Hays "Lonesome Traveler" is similar to the original and has a lot of energy.  In contrast their version of Hays and Pete Seeger's "If I Had a Hammer" is the most subdued and dull version I've ever heard.  My favorite track is the only number composed by a Seeker, Potger's "Chilly Winds."  It is a folk style tune with derivative lyrics, but I still find it very appealing.  The vocal harmonies are pleasing and the group sings it with enthusiasm.  The Seekers were a pop-folk group but I greatly prefer their pop side to their folk side.  I like my folk more gritty and sensual, the Seekers' interpretations of folk songs tend to be too genteel and slick for my taste.  Almost all my favorite Seekers tracks are contemporary pop songs.  Nonetheless thanks to Judith Durham's fabulous voice, I find most of their traditional folk tracks to be modestly enjoyable and I'm happy I have this record.  Recommended to fans of the Weavers.
Posted by Zot at 1:29 PM No comments: